You scratch my back and I’ll scratch yours

Most small businesses that I have met are still scratching their head over the use of social media. Many are there because they feel they need to be but haven’t yet figured out that these tools – Twitter, Facebook, Instagram, Pinterest, LinkedIn- are not just billboards to advertise their wares. 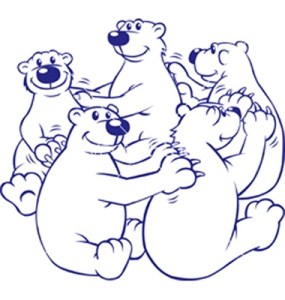 Eventually people will tire of your self promotion and stop reading your posts. To be effective in any of the social media platforms, you must share not only your own content but also that of people following or liking you. It’s about dialogue and not monologue- providing people an opportunity to talk to each other over shared values, emerging trends, business opportunities, even quality of service.

Online reviews, and referrals can carry enormous weight.  So, be sure to acknowledge praise when you get it and  most importantly, respond quickly and efficiently to any customer concerns or problems.

To do that you need to be scratching a few backs.

By Stephen Rhodes
During small business week, it’s fitting that I highlight the work of the  Brampton Entrepreneur Centre  (BEC), formerly the Small Business Enterprise Centre.

From the horses mouth, so to speak, BEC is dedicated to helping small business owners and entrepreneurs  succeed in today’s ever-changing business market. Whether you’re thinking about opening a business, formulating your business plan or undergoing change in an established business BEC has the expertise to help. Most of the services are free, and the rest are offered at a nominal fee.

BEC is also a member of the ONE Network (www.ONEbusiness.ca), which brings together Ontario’s 57 Small Business Enterprise Centres (SBECs), 17 Regional Innovation Centres (RICs) and Ontario Business Advisory Services (BAS) staff under one brand.  Through the integrated framework, SBECs, RICs and BAS organizations  provide high quality business support services, while the Network collectively assists Ontario’s entrepreneurial community.
Brampton BEC is also a federal partner with Canada Business, a division of Industry Canada.  Visit www.canadabusiness.ca and www.cbo-eco.ca for a wealth of business information.
BEC offers a range of free services including:

Check them out. Brampton BEC

Knock down the barriers. Dare to grow

Wonder how this week came to be Small Business week. This is what Wikipedia has to say.

BDC Small Business Week is a national celebration of Canadian entrepreneurs and their contribution to Canada’s economy. The Business Development Bank of Canada (BDC) has been organizing Small Business Week for 36 years.It takes place every year during the third full week of October. Events held during the week bring together entrepreneurs—and prospective entrepreneurs—at conferences, workshops, luncheons and trade fairs across Canada.[2] The goal is to provide them with opportunities to learn, network, share ideas and socialize with their peers.

Visit  the Brampton Entrepreneur Centre and The Brampton Board of Trade. Both have activities planned through to the end of the month.

Most of us know that small business in Canada is the economic driver. This is small business week so I thought I would share some of the statistics gathered by Industry Canada.

Employment
As of 2012, small businesses employed over 7.7 million individuals in Canada, or 69.7 percent of the total private labour force. Small businesses created a little over 100,000 jobs, on average, between 2002 and 2012, accounting for almost 78 percent of all private jobs created on average.

Growth
High-growth firms are present in every economic sector and are not just concentrated in knowledge-based industries. In terms of employment, the highest concentrations of high-growth firms in Canada during the 2006–2009 period were in construction (4.9 percent of all firms); business, building and other support services (4.6 percent); and professional, scientific and technical services (4.5 percent).
Over 50 percent of firms in both the manufacturing and service-producing sectors expect to grow between one and ten percent from 2012 to 2014.

Visit  the Brampton Entrepreneur Centre and The Brampton Board of Trade. Both have activities planned through to the end of the month.

Over the years I have preached (sorry) about how important it is to measure success. All plans need measurable goals or how will you know if the are working. There are lots of tools available to help measure how your communication/marketing strategy is working online, or even in the traditional media world.

And there is always the opportunity to actually talk to customers to get their feedback.

It’s important to analyze the data to know what’s working and whether you are spending to achieve the best results. It can also help identify opportunities that may not have been part of your original plan.

It takes time to wade through the analysis, particularly with the array of tools available.

Adjustments mid-course can be risky and it’s unlikely you are ready to quickly pull the plug on a plan that just a few months ago was the future of your company. But doing nothing is not an option. You’ll probably overthink it, and come up with several reasons why now isn’t good time to tinker. You will rationalize that you have plausible reasons, and not just excuses.

Push past the paralysis of fear and take a leap of faith, and even if you fail, you’ll farther ahead than if you did nothing.

Measuring your business activity is important. Analyzing the results equally so. Make sure you act on them.